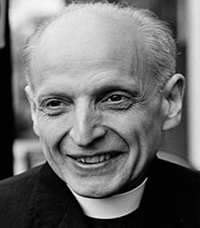 This scholarship will recognize students who score from 95-99 on the Walsh Jesuit HSPT admissions/placement test offered here at the school. Scholarships are renewable each year provided that Scholars maintain strong academic and behavioral standards. Funds are provided by donors and other sources and are not transferable to another school. Qualifying candidates will receive a scholarship ranging between $3,000 - $5,000 annually.

Pedro Arrupe who was the 28th Superior General of the Jesuits following Vatican II and has been called “the second Ignatius.” Known for his passion for social justice and love of all that was fostered as he cared for the victims of the Hiroshima atomic bomb, Arrupe worked in Jesuit formation and, in an address to Jesuit alumni in Valencia, Spain, in 1973, challenged them to be “men and women for others;” that has now become the hallmark of Jesuit schools across the globe. He suffered a debilitating stroke and died in 1991. 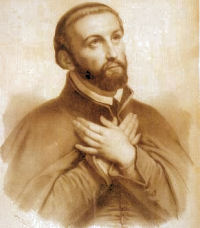 This unique program will promote academic excellence, foster unity, and provide leadership and service opportunities. For their good works and involvement in the school’s mission of Forming Women and Men for and with Others, students will earn credits, up to $3,000, toward tuition as determined on an individual basis as they serve and commit to growth in their spiritual and intellectual development.

The Francis Xavier, S.J. Scholarship is available to students from ethnically diverse backgrounds who meet specific criteria.  To be considered for this scholarship a separate application must be completed by January 30.

This program of excellence was designed to offer students a Jesuit education and leadership opportunities so that they too can light the world on fire through their faith and service.  Xavier scholarship awards are renewable for each of the four years at Walsh Jesuit and contingent upon a student’s acceptable behavior, grades and service.

St. Francis Xavier (Zay-vure) was a companion of the founder of the Jesuits, St. Ignatius Loyola, and is known as one of the great missionaries of all time. They met and studied together at the University of Paris in the 1520s and later, when Ignatius missioned his friend to the East, he did so with the words, “Go light the world on fire.” Xavier did just that as he traveled by ship across the globe to embrace other cultures and share the love of Christ.

As a Christ-centered community, we strive to be men and women for and with others.